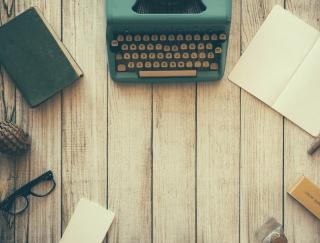 Here are some of the UX tweeters that we find to be most useful, hilarious, and insightful.

Here at OHO Interactive we love everything about UX, but we know that we’re not the only ones. There’s an active community of UX and product designers that love talking about the most recent trends on the web, but sometimes they are too difficult to find on a giant platform like Twitter. Look no longer! Here are some of the UX tweeters that we find to be most useful, hilarious, and insightful.

dear everyone making javascript-only web interfaces, i’d like to invite you to sit next to me on this train’s “wifi network” for a few hours

Let’s start off by showing you the father of responsive web design himself, Ethan Marcotte. Based out of Boston (always a plus), Ethan has worked with a wide variety of companies including the Boston Globe, People Magazine, and the Sundance Film Festival. On his other Twitter handle, @RWD, he tweets about all things responsive design related.

The Nielsen Norman Group is a perfect place to look if you are searching for insights on recent web design trends. By using empirical evidence to back up their UX findings, their articles sift through which web design features work well with users, and which ones are failing.

Kenny Chen makes searching for the most recent and relevant UX content much easier. His other handle, @UXDesignWeekly, curates UX articles from all over the web and publishes them in a weekly newsletter sent right to your inbox.

It’s easy to see that Jennifer Aldrich has a passion for UX. Not only is she a UX and Content Strategist at InVision, but she also writes on her own User Experience Rocks blog.

Jonathan Shariat is a great guy to follow on Twitter. Not only does he know his stuff about UX, but he seems to always bring a comedic element to his tweets. If you like what he has to offer, make sure to check out his design podcast as well!

Creator of the UX Drinking Game, Patrick Neeman finds a funny way of relating to other UX designers. In addition, Patrick runs usabilitycounts.com and is the Director of Product Design at Apptio.

Don't ever say you don't have choices on mobile. pic.twitter.com/Atu3Ogi58j

If you don’t already know about Luke, you really need to. Considered to be a guru in the field of web design, he has worked with the likes of Google, Yahoo, and Ebay. In addition, he was the Co-Founder of two companies that got acquired by Google and Twitter. Not a bad resume to have.

Last, but certainly not least, UX Reactions gave us inspiration to write our 13 UX Mistakes Explained in GIFs blog. If you have ever felt frustrations as a UX designer, this Twitter handle definitely has an appropriate GIF to go along with it.