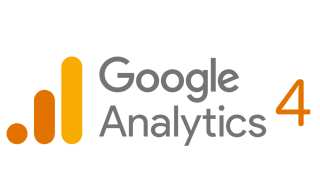 If your site is one of the 30,000,000 currently using Universal Analytics, you’ll want to start taking steps to transition to Google Analytics 4.

Google Analytics is far and away the most popular website tracking tool currently available to marketers. More than 30,000,000 websites utilize Google Analytics in some capacity, including 60% of the top 10K sites (by traffic). With such wide industry saturation, any change to the platform has the potential to be incredibly disruptive — particularly for those who don’t prepare for the transition in advance.

Even for users just hearing about a shift away from Universal Analytics while reading this article, there’s still time to start planning for the transition. In March of 2022 Google announced that all existing instances of Universal Analytics will still continue to register hits until July 1, 2023. Businesses utilizing Google Analytics 360 will receive a one-time processing extension ending on October 1, 2023.

Except for a small minority of businesses utilizing Google Analytics 360, sites that haven’t already transitioned to Google Analytics 4 by July 1, 2023 will not see any new data in their Universal Analytics dashboard. No new site visits. No new conversion. No new data whatsoever.

While software development generally follows an iterative approach when releasing new versions, GA4 is a bit of a departure. It’s not an update nor is it an upgrade, it truly is an entirely new platform.

Everything from how GA4 collects and structures data to the user interface is entirely different from Universal analytics. While we can’t get into every single small change, there are three important areas to highlight:

How to Transition to GA4

Instead of viewing the transition from Universal Analytics to GA4 as a single event that needs to happen within the span of a few days or weeks, we’ve found it’s best to approach the process in three phases.

Phase 1: Base Set Up

Before you can start building out reports and event conversions, you need to add a GA4 Data Stream and start collecting data. Set up your stream. In GA4, a Data Stream can be a website, an iOS app, or an Android app. Data is now collected at the stream level, so any changes you make to the way data is collected can occur within the individual stream, in the configuration tag, or in the property settings.

Users can utilize Google Tag Manager to help with setup, or create and add a new tracking code for GA4 directly on their site. Google has a ton of helpful documentation to guide users through the process.

Once GA4 is set up and tracking data, it’s time to start creating your Events and Event Conversions.

When users add GA4 tags to their website, it automatically tracks a number of Events when someone views a page (e.g., clicks, file downloads, scrolling, video views, and more). So for most Conversions, it’s simply a matter of checking off which Events contribute to the success of a business — like a form conversion — to mark them as Event Conversions. Whenever any of these flagged Events is triggered, a Conversion is registered in the GA4 property.

While that may seem relatively straightforward, that doesn’t necessarily mean that Phase 2 is something that can be handled in an afternoon.The bulk of the time spent in phase 2 should be focused on determining what conversions can be carried over from Universal Analytics vs. what conversions should be carried over — as well as what new conversions need to be set up. For example, a company may have used a “thank you page” visit as a goal conversion within Universal Analytics, while a form submission might be a more appropriate metric in GA4. A lot of planning and thought can — and should — go into this phase.

For example, one exciting new feature is the ability to create reporting groups that can be shared across a company. This will allow different departments to focus primarily on the data that is most relevant to them, and not get bogged down with reports that are really not designed for them.

Start Transitioning to GA4 as Soon as Possible

Similar to purchasing a home, the best time to start transitioning to GA4 is several years ago. The second best time is today.

The most important piece of the transition puzzle is getting the GA4 Data Stream(s) up and running. Once that portion is complete, and usable real-time data is available, it becomes a lot easier to build out custom reports and set up Event Conversion tracking. Setting up the Data Stream(s) sooner rather than later should also provide some wiggle room for identifying problems. If there are any data inconsistencies or reporting errors, for example, it’s much better that they surface when there’s still solid data available in Universal Analytics to compare to.

While some organizations will be able to manage the transition to GA4 in-house, there are many that won’t have the skills on staff or the bandwidth (or both) to handle it on their own. If you think you may need help with the process, OHO’s dedicated team of strategists can help you plan and execute the transition.